Today, on Friday 8th, 2019, the world celebrates International Women’s Day, a focal point in the movement for women’s rights. This is one of the better chosen celebratory days in an annual calendar. I’ll celebrate by decorating this post with works of female artists Hilma af Klint, true inventor of abstract art, Georgiana Houghton, who specialised in complex layered watercolours, and Emma Kunz, who drew on millimeter-paper.

In this post cover differences between female and male soul, then wrestle a bit with Jordan Peterson, then open a systemic dysfunction and finally talk about gender role models. It’s a bit lengthy text this time, so why wait, read on…

The feminine and masculine physiology are dictated by our hormonal system. Give a man a bit of progesterone and they’ll start growing breasts. Give a woman some testosterone and they’ll start growing hair in weird places. As cholesterol is the pre-cursor for all steroid hormones, one could also just consume enough fat and let the hormonal pathways enhance your God-given gender. On that level, it’s all biology.

Spiritually things are very different. The female soul and male soul are fundamentally different but equivalent and interdependent. This need-relationship is acute both within the society as a whole, and within the microcosmos of each individual. Men who haven’t sought “feminine microcosmos”, fail to reach full masculinity. Vice versa, women who didn’t encounter “masculine microcosmos”, can’t quite scope their femininity.

The male soul is essentially about directionality and goal-orientation.

The male soul-side is essentially about directionality and goal-orientation. A man always knows the way and seeks solutions, rather than listens to experiences and ponders on feelings. So the men live in process that reflects back the outward world as is, and there is much honesty in that – but yet it is a materialistic process.

Some risks that male saturated organisations are lack of renewal and lack of collaboration. Men are very loyal to each other and hierarchies. As any renewal would shed light to men’s wrong-doings, male-dominant organisations tend to avoid renewal.

Another ever present risk for men is to be too focused on tasks and fulfilment of goals, sometimes even at the expense of collaboration. It’s not uncommon to see patriarchic shadow governments making decisions for the rest of us. It’s somehow in boys’ nature to form “Boys Clubs” without realising how they affect organisation’s dynamic as a whole.

The female soul-side has to do with renewing and service. And I mean ‘service’ and in “servant leadership”, or as somebody who sees ‘being of service’ a virtue. A woman carries, nurtures and contemplates a renewal, both metaphorically and concretely. Hence, the biggest mistake with organisational change is to leave women out of it. Women live in process that transforms outer world after reflection – a spiritual process!

The female soul is about renewal.

Female-dominant organisations are often toxic and back-stabbing workplaces, where as male-dominant are not. Therefore, I’d always recommend gender-mixing teams, if possible. Another danger for the women is the need to imitate male dominance, in order to be accepted in the male dominant -world. It’s saddening to see women who have taken a ‘hard masculine role’ in order to survive in their chosen profession. It’s like watching a river flow backwards, an unnatural development and an unnecessary self-sacrifice.

I suspect especially prone to male-imitation are young female doctors, scientists and women in hierarchical power (eg. department heads). I’ve observed quite a few women in leadership roles, whose behaviour was indistinguishable from male behaviour, and it felt so wrong. Often behind self-sacrifice lies a trauma. As Dr. Gabor Maté has well put, our world is lead by traumatised people.

Why Jordan Peterson Is Wrong

Perhaps the most prominent opponent of the idea of gender equality as of late has been Canadian “stream-of-consciousness lecturer” Jordan Peterson. His lectures are like listening to Steve Vai records; you know there’s serious skill involved, but the music just makes your head hurt. Both can play, but neither can compose.

Peterson’s lectures are as painful to listen as Steve Vai records – both can play, but neither compose.

Peterson has denied the existence is gender pay-gap and male dominance because “men die in wars” (slight straw man from my side…). He’s quite blind here. Peterson is right though in saying that very few men in fact commit evil deeds towards women.

Here are 8 areas where male dominance is obviously visible in society:

Male dominance becomes more understandable if we take a bird’s eye view on the whole cultural evolution. Let’s take a cultural model eg. Graves/Spiral Dynamics (reg. trademark of NVCC) and map feminine quality on it. See my take below:

The feminine, along with internally focused spirituality, really raise their head for the first time in green phase. Obviously green over-saturates femininity as the pendulum swings too far left, but it’s a good start so let’s accept that fluctuation. In 2018, some companies are already green and beyond, but on average we all (in 1st world countries) are still experiencing and expressing orange ideology (money). We are decades away from even touching green phase!

Having said all this, Peterson’s claim that (paraphrasing) “patriarchy doesn’t exist” becomes understandable, because he is effectively a blue-stage thinker! How could he be anything else than blind to inequality? Furthermore, I suspect he has been teaching and lecturing most of his career, in an authority position, which obviously enforces existing myopias, especially about team dynamics. Had he worked in the enterprise, he might think differently.

Duh! Of course we live in a patriarchic world.

So, of course we live in a predominantly patriarchic world! And of course things won’t change anytime soon. Ladies, your time will come, but don’t hold your breath yet.

Gender Inequality As A Systemic Virus

Throughout the history men have put women down in creative but evil ways. Actually, the scope of gender inequality is so huge, that I can only describe it as a systemic virus.

Very few men do the lowly dirty acts, but the rest accept it silently, including most women as well. I hear you asking: “You must be kidding! How could women participate in their of domination?” Well, that happens really easily, psychologically it’s called conditioning or learned helplessness:

My systemic fix would be just to increase the number of women in leadership positions. I assume the system would detoxify itself within a few generations generation. I’m actually not alone suggesting this, even Arnold Schwarzenegger recently said we should support more women running for political & leadership roles, because “we guys have messed up things pretty badly”. Well, I could not agree more.

Even the non-entertainment portion of media, the news section, has become a Smörgåsbord of biased gender roles. Let’s take the current White House press secretary for example: her role has turned out to be a lie-repeater. She produces nothing of value to the world and her job makes zero difference to anyone’s life. The only way a person can fall so far from a moral target, is by harding oneself, becoming cold. It’s rather obvious that her willingness to serve ‘a greater cause’ has turned into a prison. Her whole habitus screams: “Help me!”. She, like other ‘hard women’,  have become rational instruments in disservice of mankind. Puppets on a string.

The first step towards healing is embracing gender roles fully, no matter the consequences.

I see a few necessary steps for healing gender inequality. First step is embracing gender roles fully, no matter the consequences. If more men were honestly men, and more women honestly women – both appreciating this difference rather than trying ‘bridge the gap’ – we’d have a solid foundation to build upon. 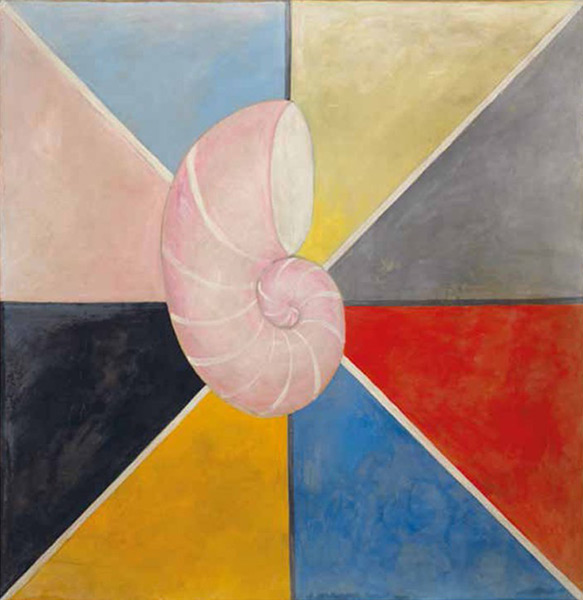 The second step, a much harder one, is to heal our sexuality. It begins from home. Our children ought to witness good parents – a good father and good mother – who are present in their gender and care deeply for each other. Yes, it’s an ideal, but I don’t see any other ways to true healing. All conflict in the world has roots in sexuality. I mean ALL CONFLICT! Heal the sexuality, heal the world.

That’s a wrap now. I still have lots to say about healthy and unhealthy (gender) role models, so maybe I’ll continue this theme later.

I'm madly in love with agile values. View all posts by peopleandbits